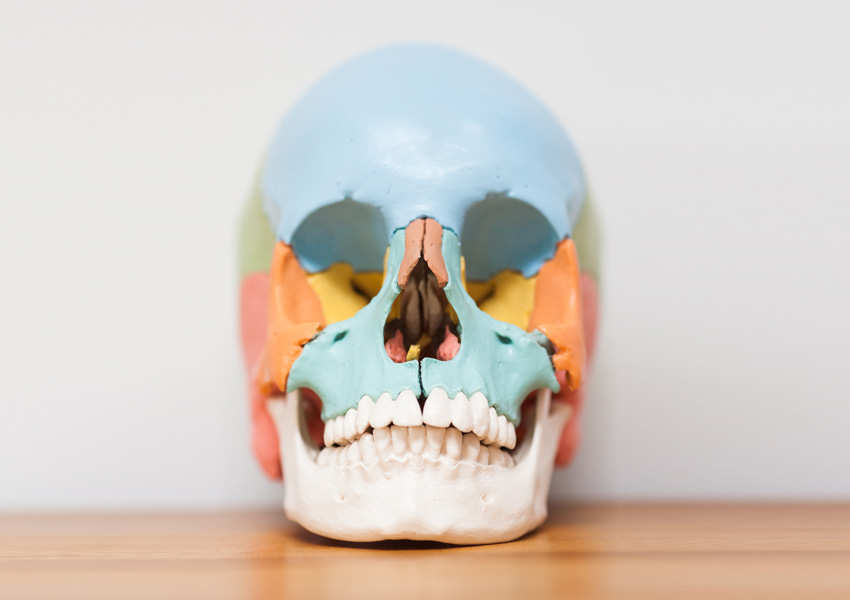 A craniopath has an understanding of the musculoskeletal system of the skull and its relationship to cerebrospinal fluid (CSF) flow in the brain and spinal cord.  CSF is a fluid which both protects and nourishes the brain. It is theorised that mechanical strains of the skull which may for example be the result of birth trauma or cranio-dental issues can influence the normal flow of CSF to the brain and spinal cord.

It has been observed by chiropractic craniopaths, osteopaths, cranio-sacral therapists that there exists within the cranium a palpable wave-like rhythm that is distinct from other cardiac and respiratory rhythms.  This we call primary respiratory motion (PRM) or cranial respiratory motion (CRI).  Recent discoveries within neuroscience has confirmed that there exists a pulsatile bidirectional flow of fluid exchange between blood and CSF which is the movement of nutrients in and waste products out of the brain.  Also more recently identified is a previously undiscovered direct connection between the brain tissue and the immune system. So it is crucial for brain health and the health of our nervous system and circulatory system to have good flow of blood into and out of the brain. The intention of craniopathic work is focused maintaining good CSF and venous outflow from the brain and spinal cord.

What Can Affect CSF Dynamics?

Within the skull there exists a membranous “scaffolding” that supports the brain. Without it the brain would not be anchored within the skull but instead would be vulnerable to excess movement within the skull.  (Imagine a blancmange in a box!).  These dural membranes have attachments to the bones of the skull and so it would be easy to see how misaligned or restricted sutures (joints between the bones of the skull) would create tension on the dura and alter the fluid exchange.  One of the greatest influences on CSF flow is diaphragmatic motion. The movement of the skull that is accentuated with breathing.  The large muscle beneath our lungs (diaphragm) acts like a bellow to assist our breathing.  The pumping motion of the diaphragm will greatly influence the intensity of CRI within the cranium via its influence on the dural membranes within the skull.  During inhalation/exhalation phases of breathing we use the diaphragm to elevate the rib cage along with the muscles of the neck which in turn pull on the base of the skull and so the membranes within the skull.  By understanding how our bodies are so interconnected it becomes easier to understand how the mechanics of our pelvis (especially the sacrum) and the skull (via the occiput) can influence the normal flow of CSF.

Why Would a Baby or Child Need to see a Craniopath?

During infancy the cranial bones are not fully developed and are not fused together many are held together by membrane.  The birth experience will exert presures on the skull that allows the the necessary movement of the bones of the skull to telescope over one another to allow for the baby’s head to fit through the birth canal. Any observable distortion to the skull at birth should become normal within the first few days after birth.  If the birth was difficult or perhaps there was assistance with forceps or vontouse then the bones may not have telescoped correctly and the bone starts its development in the wrong place. The fontanelles you can feel on a babies skull are spaces to allow for the growth in size of an infants brain.  What ever pressures are exerted will influence the development and shape of the skull, this could even be from the baby adopting a certain preferred sleep position.

Craniopaths use a multitude of corrective procedures applied to the facial bones, tempromandibular joint (jaw), bones of the cranial vault and base to remove mechanical strain to the membranes of the skull allowing normal movement of the skull and dural membranes and most importantly CSF dynamics.